37 players were waiting for their chance to become new Carcassonne champion 2017 so due to the uneven number we had to determine another player. This year the Belgium vice champion (the son of the Belgium player!) was the lucky winner of our Carcassonne lottery. Five of the 38 players had been Carcassonne World Champions before so the level of the tournament was very high.

After five preelimination rounds Tomasz Preuss fom Poland was the only player with five victories and therefore automatically in the quarterfinal. Next to him six player with four victories each made it there, too: Pantelis Litsardopoulos from Greece, Matej Tabak from Slovak Republic, David Sandrine from Italy, Ven Gee Lim from Great Britain, Johan Nuyts from Belgium and Martin Mojsiz from Czech Republic. Twelve players had three victories each so the first tiebraker came into play and Stefan Leopoldseder from Austria was the lucky last one who qualified for the quarterfinal. After some very though games the following countries made it into the semi final: Poland, Greece, Slovak Republic and Italy. Here Tomasz Preusz continued his victory series and went straight into the final game (the first world champion ever who won all the games in the tournament!) while two times world champion Pantelis Litsardopoulos followed his example only a few minutes later and went there, too (the fifth year in a row!).

Nearly right from the start there was a fight for a large city and it became clear that the player with the most meeples in the end would be the winner of the tournament. Tomasz attacked Pantelis hard and was able to place more meeples in the city so this (next to some other moves) was the main factor for his victory.

Here are the final results of the 12th Carcassonne World Championships:

Some impressions at the end: 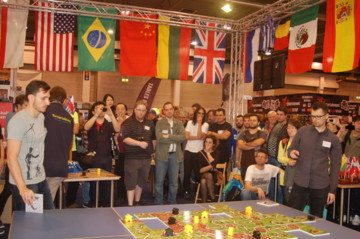 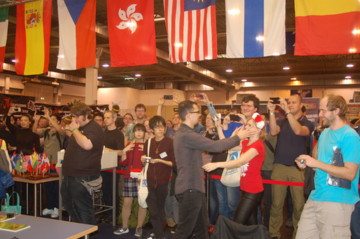 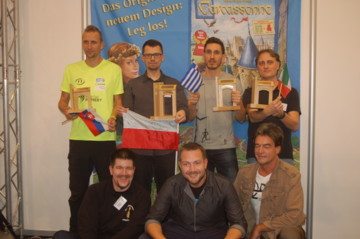 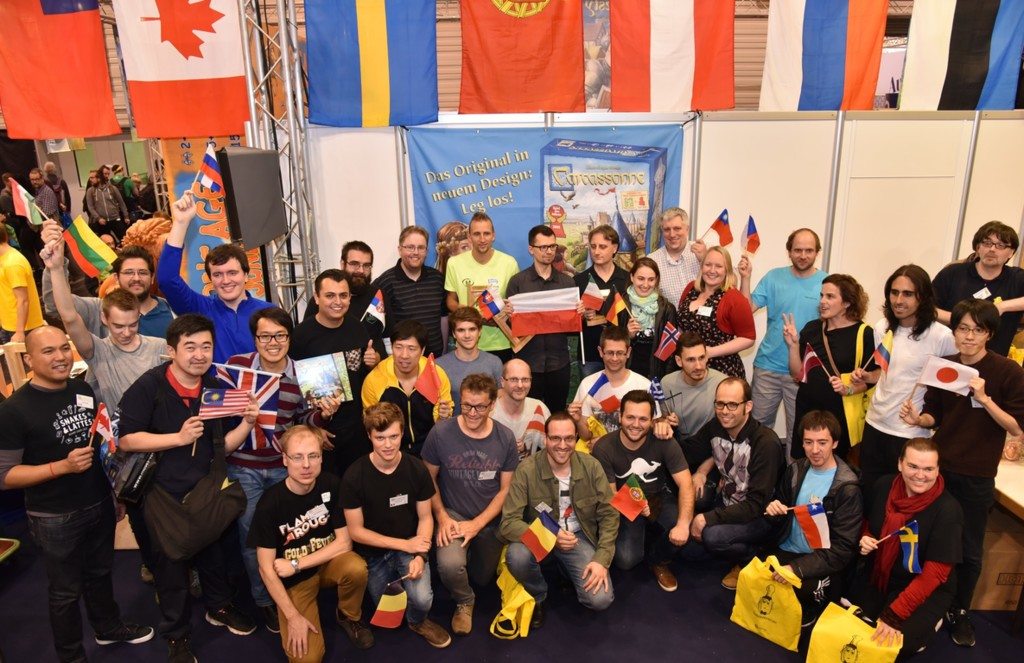